Insight into how the innovation team at Eurostar built an Alexa skill for holiday planning.

As voice enthusiasts here at FX, we had the pleasure of attending the Alexa devs London meetup at Amazon’s offices near London Liverpool Street. The evening was split up into three talks around three different Alexa skills. And for us, Eurostar’s innovation team (Jose Quinto, Andrea Jezovit and Thorne Gladwin) had some incredible insight into when they were given the challenge to create a meaningful customer experience for Eurostar through voice.

This was a somewhat unique proposition:  users already had a very positive experience of booking and searching for Eurostar tickets on the website,  so there were no real problems the innovation team were trying to solve. It was more of an exercise in experimenting with new technology.

Early into the project the team dived into creating a basic prototype to help users find prices for a specific travel destination and date. However, after initial testing it was apparent that the experience fell flat after a couple of uses. Users got tired due to it feeling repetitive and long winded. 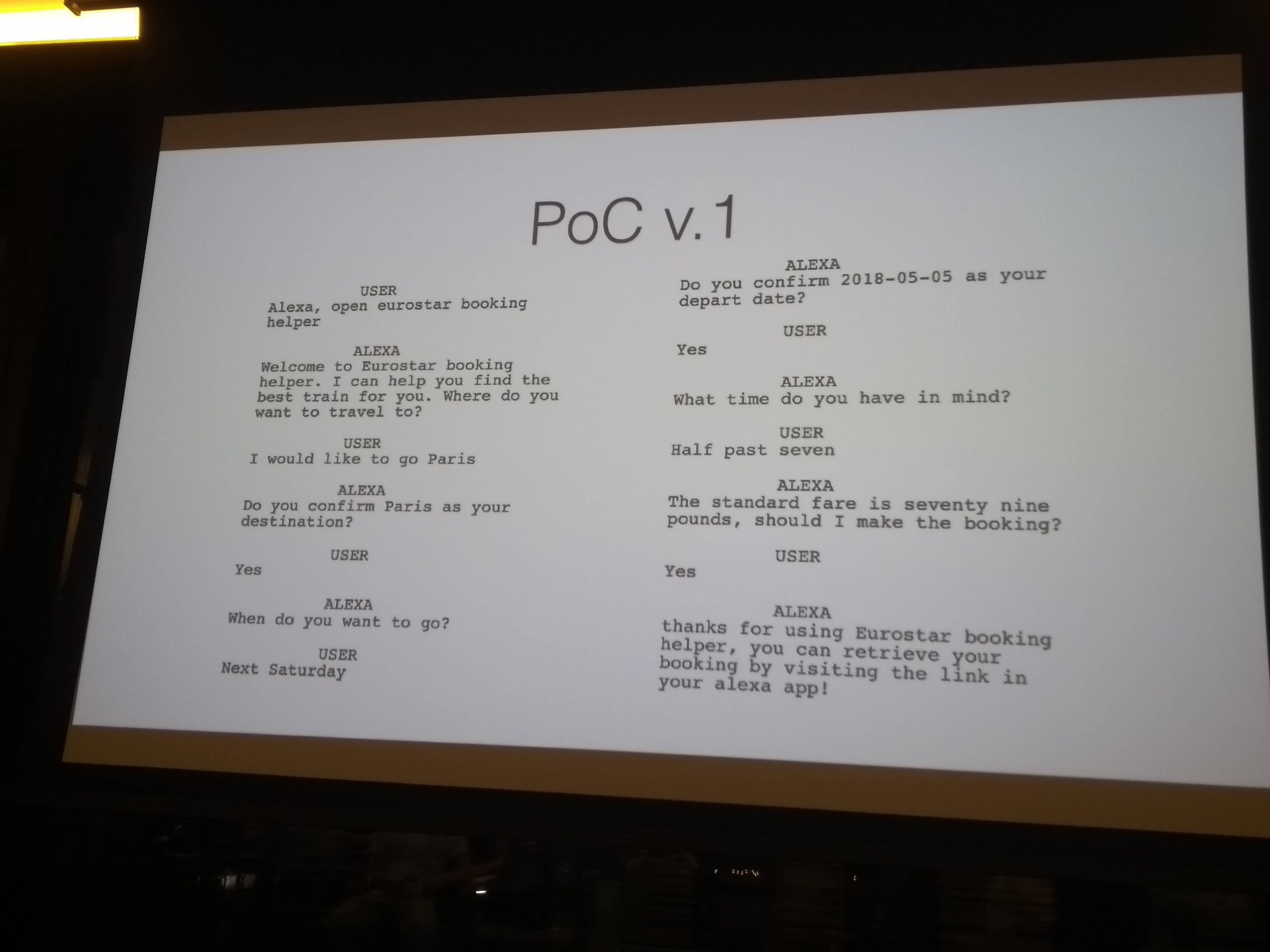 The team decided to take step back for a UX review and started questioning about the purpose of the skill. What’s the right use case for voice and Eurostar? After all, users do more than simply buy tickets when first visiting the website – they plan trips.

But the innovation team was sceptical on building a fully fledged ticket purchasing journey through voice. They had already completed a significant amount of research on how users interacted with the Eurostar website when booking tickets. Currently, there are several steps in the user journey when booking tickets on the website. For example, opening multiple tabs in the browser to compare prices and dates. Some users interact with the website for an initial rough search on price and revisit the site to make a booking. Others have specific dates in mind but want suggestions for flexible dates of travel.

A huge proportion of users book on desktop. Mobile usage is high, but is mainly on searching, with users purchasing their tickets from their desktops due to having more screen space. The desktop experience also feels easier and more secure.

Users have strong habits. To try and replicate this journey through voice seemed unituative and clunky. It became apparent that voice should be used to help support the customer through their journey, rather than replicate the full user experience of searching, booking, and purchasing tickets.

The team soon realised they wanted the voice skill to simulate a helpful member of staff to create a more human interaction with a customer. It raised the question: what would happen in this conversation?

So they acted out a conversation by writing loose scripts and role playing, one person acting as Alexa and the other as the user. This exercise was kept fairly loose to see where the conversation would go.  We take a similar approach here at FX when designing conversation flows, and is one of the easiest ways to quickly map out utterances and responses.

Very quickly these conversations provided insight into customers’ intents and what was important to them. Users seemed to be interested in finding the lowest fair price possible, reinforced by Eurostar’s advert campaign promoting £29 tickets. This made the team realise they should only present the cheaper fairs, not all possibilities otherwise the list of dates would be extensive and take too long to read out loud. 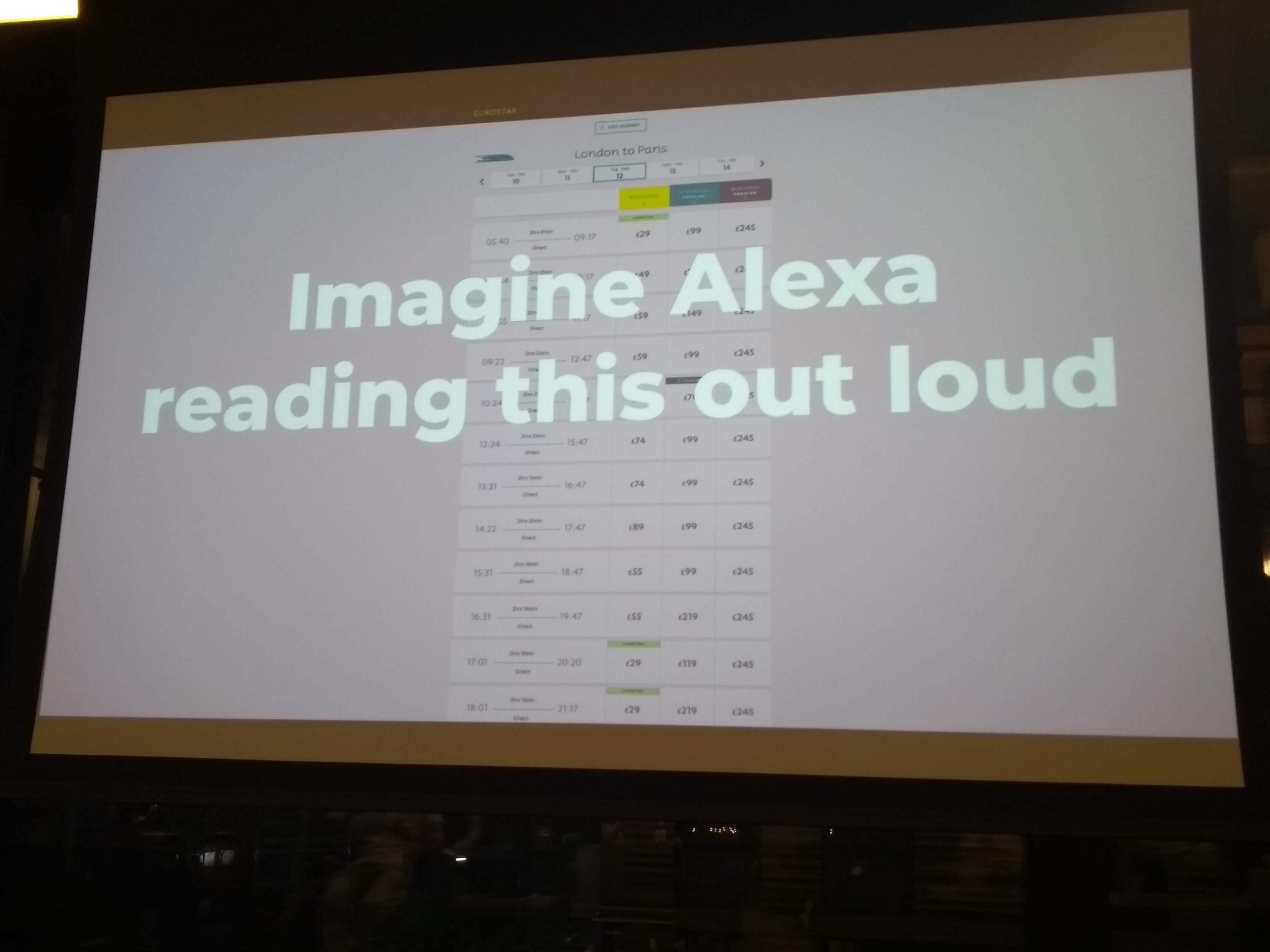 It was also realised that the ways in which users asked for dates was incredibly varied. So for the skill to be successful it would need to be able to interpret all of these variations. 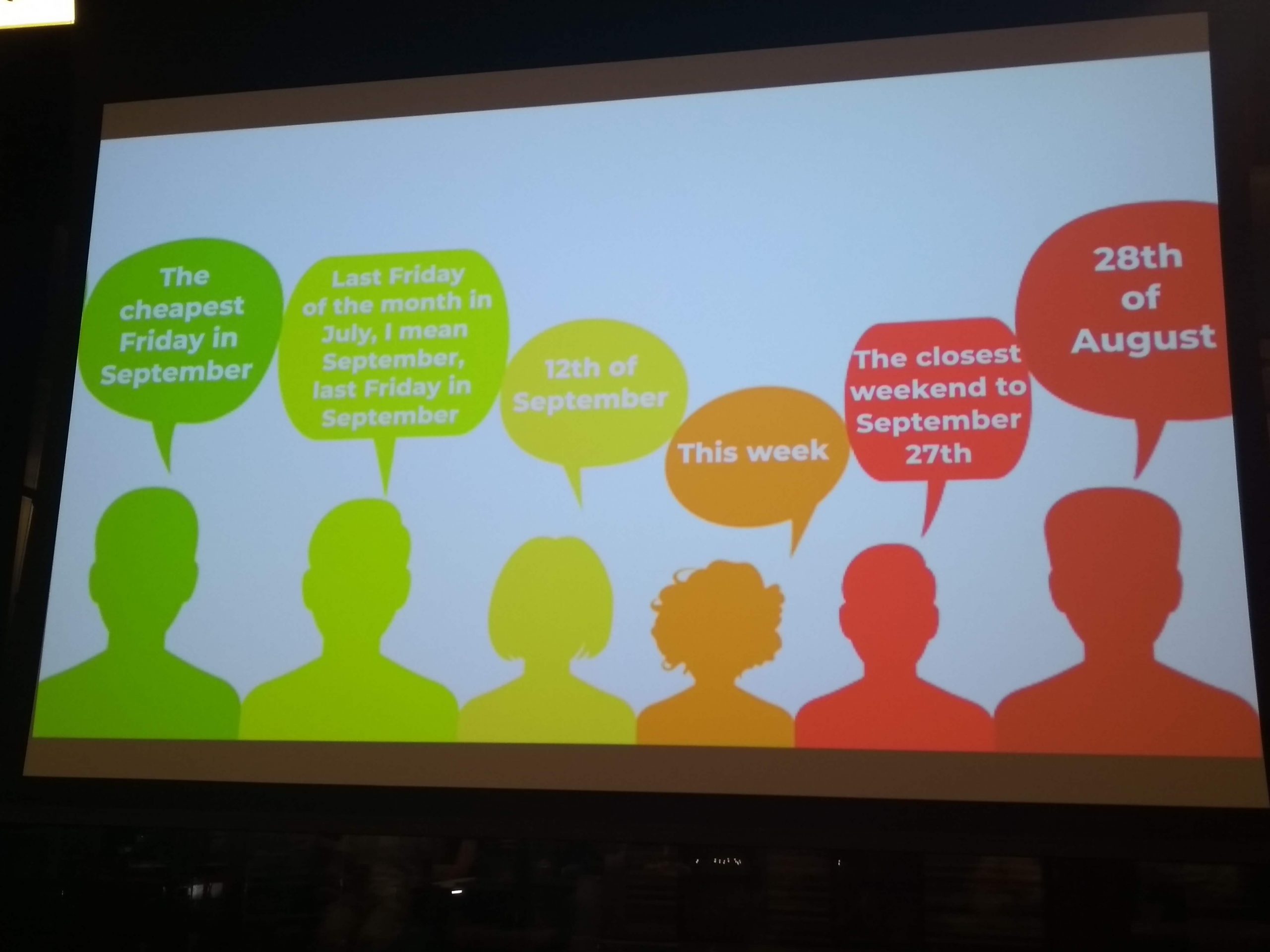 Not all users want to book there and then. Sometimes people wanted to do initial research into dates and prices for travel, then discuss with friends and family. To allow for this continued user journey the team decided to build a feature into the skill that would email users with their search results so they could continue the conversation offline.

Once the general conversation flow and functionality was mapped out, the team started building a new prototype. They needed something that was going to be as truly accurate to the final skill without investing huge amounts of development time.

With a working prototype ready they invited users to test, play, and interact with the skill to see what they could learn. It was soon obvious that the majority of users were incredibly polite when speaking with the skill, treating Alexa like a real human, which in turn made the team think more deeply about the skills tone of voice. It meant that they had to rewrite several responses to come across as polite rather than simply informative. As well as this there were several challenges around mishearing/interpreting words. For example, during user testing Alexa thought the work ‘OK’ was a travel destination and couldn’t find any results.

More questions were raised on how users were searching. Some users wanted to search travel options by a specific date, some by date range. Generally people weren’t used to using voice interfaces for questions around international travel, which resulted in a wide variation of utterances.

What was surprising to the team was how open users were to booking and paying through Alexa. They had found the ticket conversation easy and initiative, so users were happy to commit to the purchase. It saved time planning trips. One user said: “It’s done the hard bit, all I need to do is decide now,” which made the team think twice about implementing this feature, and it may be rolled out in future updates, but for now the team wanted to focus on the MVP of the skill.

Building the skill for a live environment

The prototype proved there was genuine interest and opportunity to leverage voice to help users with searching and booking travel arrangements. But even though the prototype appeared smart it was not built for a live environment, and the team had to built the skill from the ground up. The biggest challenge would be the search: building something that could be flexible or specific for dates of travel. Luckily the team collected a large amount of advanced flexible date search utterances during user testing. This gave the team a head start when mapping out all the various approaches a user might take to the conversation of date search.

Alexa does have a slot type called ‘AMAZON.DATE’ . A slot type is a list of values that Amazon Lex uses to train the machine learning model to recognize values for a specific slot. In this instance AMAZON.DATE can can convert words into dates. This is an incredibly useful feature as it covers a wide range of users utterances. Here’s a snippet of some other utterances this slot type can deal with:

However, during user testing it became clear that the skill would have to deal with even more advanced utterances of dates, as shown in the screen grab below: 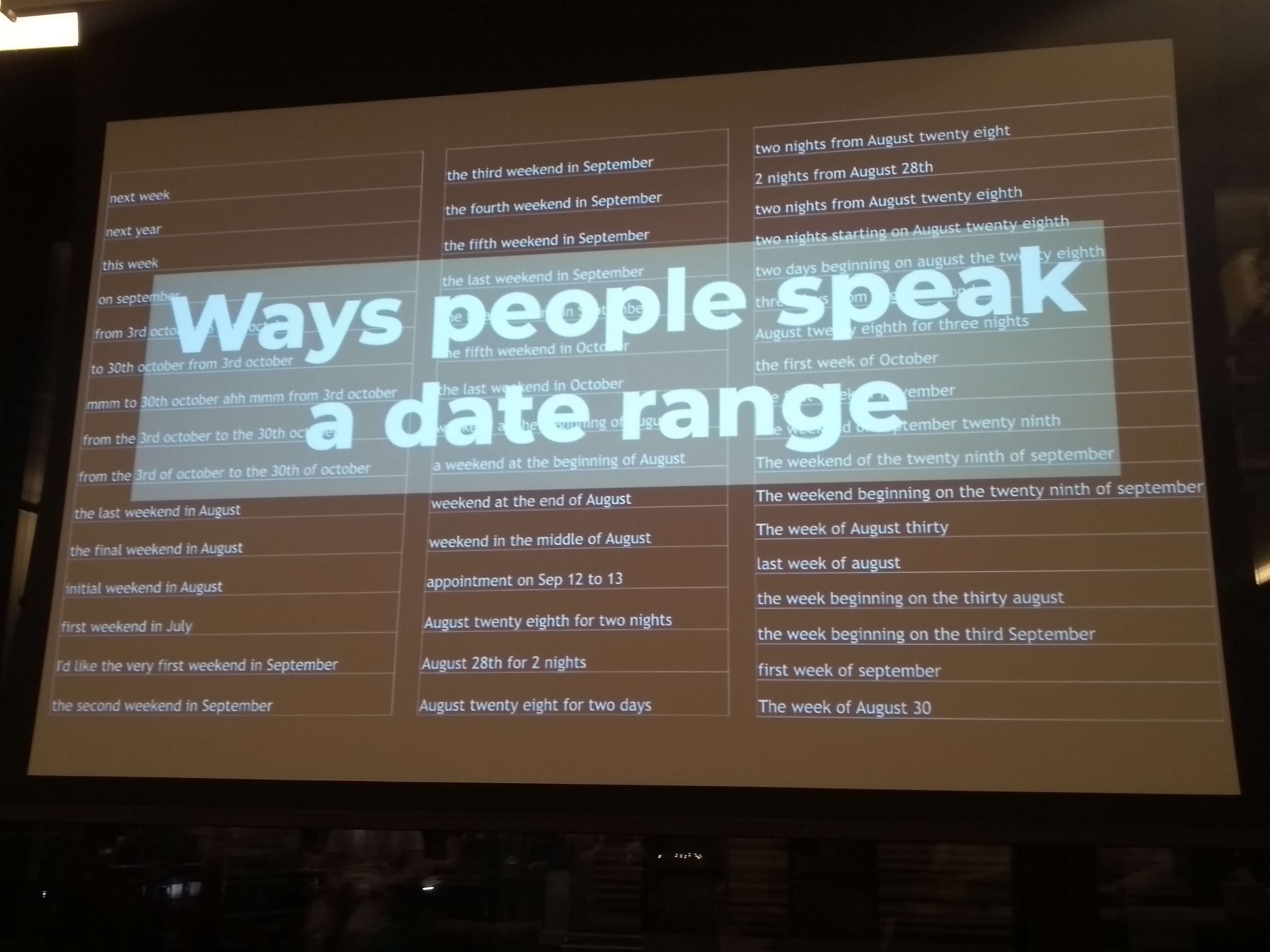 To deal with this the Eurostar team created their own named-entity recognition (NER). Eurostar’s NER matches all of the various ways a user might request a date into a response to ensure there are less dead ends in the user journey when having a conversation with the skill. 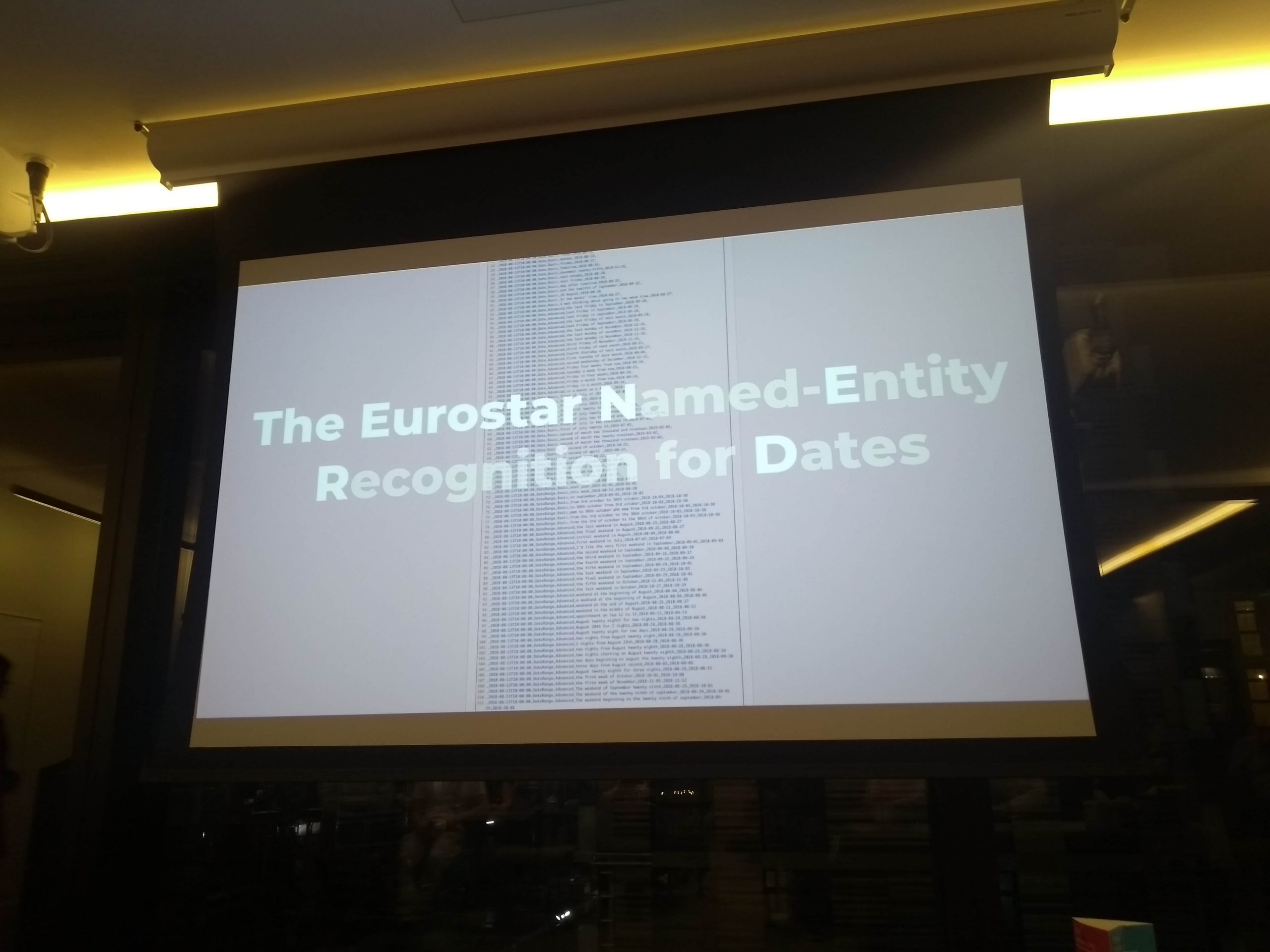 The innovation team learnt a lot throughout this process. Building a skill isn’t a one person job and relies on good teamwork, clear communication, and willingness of guinea pigs to take part in user testing.

And although the team never set out to solve a problem, they soon realised it’s possible to make people’s lives easier through voice. But to achieve this you have to aim high, imagine your skill as a real human, and how that person could help someone. Don’t be limited, and build something ambitious!

Try out the Eurostar skill here 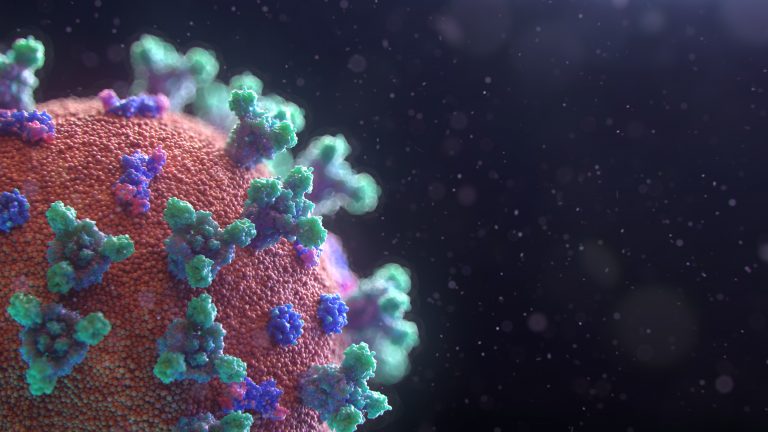 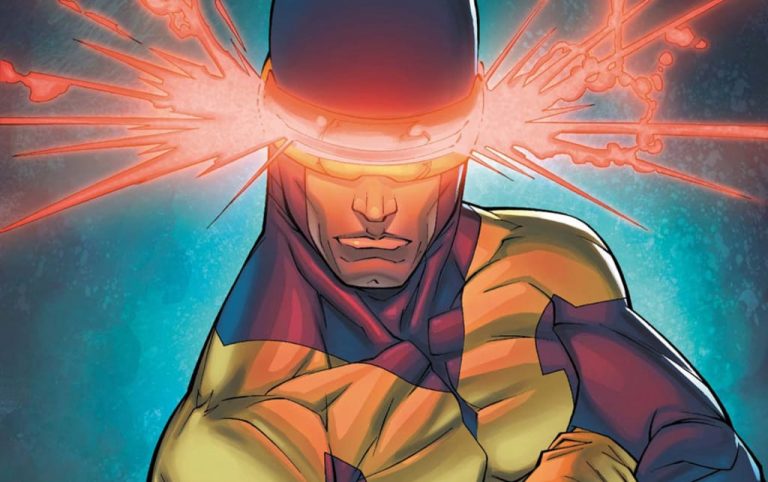 The most unexpected places you can find voice assistants 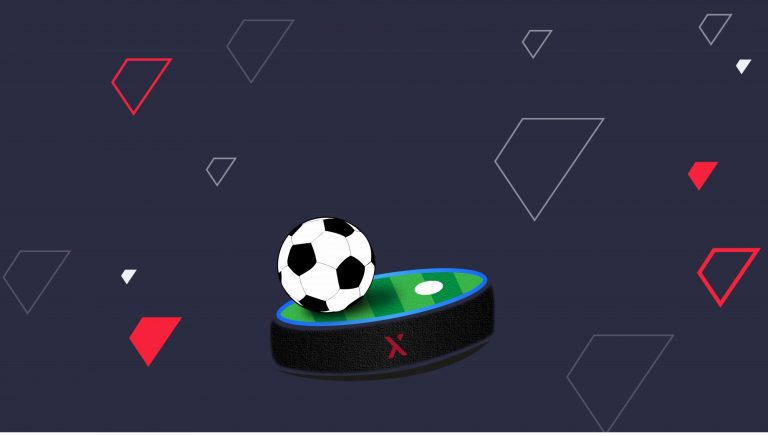 Alexa and Sport: A Match Made in Heaven